I have had the pleasure of playing at various locations in the Walt Disney World Resort since 1989. This album, Disney Piano Classics, contains many of the requests I have received throughout the years at Main Street U.S.A, The Grand Floridian Hotel Lobby, and from many couples getting married throughout the Resort. The songs are recorded simply, with their melodies dominating the arrangements. People of all ages have great memories attached to these songs and my hope is that they will do the same for you.

The Soundtrack of Our Youth – Disney Piano Classics by Jon Sarta

As we grow up, there are some songs that become the sounds we hear when we think back. Many of these songs come from one place: The Magic Kingdom of Disney. For nearly 100 years, Walt Disney and the empire he created have given us music that is tied to nearly every memory in our youth.

Pianist Jon Sarta brings these songs to life with simple gentle melodies. Songs from “Once upon a Dream” to “Winnie the Pooh” turn into a gentle and familiar lullabies through the 88 keys of Jon Sarta’s piano.

Classic tunes like the “Mickey Mouse March,” come to life at Sarta’s fingertips, sounding as much like a Mozart piano sonata as a theme song for a cartoon mouse. The generations of music that Disney has brought to life, from the swing era of the 1930s and 1940s to the songs of the modern Disney films of the 1990s and 2000s, are given a smooth, professional polish by this artistic master.

For parents who simply can’t listen to the same soundtrack again, this is a perfect alternative. The children will recognize each tune, while you get a new sound and a gentle classical album. It is also perfect as a family lullaby for baby. Mom and dad will know every tune, every word, but baby hears the soft and loving piano affections of Jon Sarta.

For Jon Sarta, these tunes are part of his soul. For nearly 30 years, he has played at Disney Resorts, each of these songs falling from his fingertips like a piece of himself.

The one thing that is incredibly clear from Sarta’s playing of these tunes, just himself and his piano: Jon Sarta respects and loves these songs for everything they mean to billions of people around the world.

Whether you have children in your home or not, “Disney Piano Classics” by Jon Sarta is a must-have addition to every music collection. 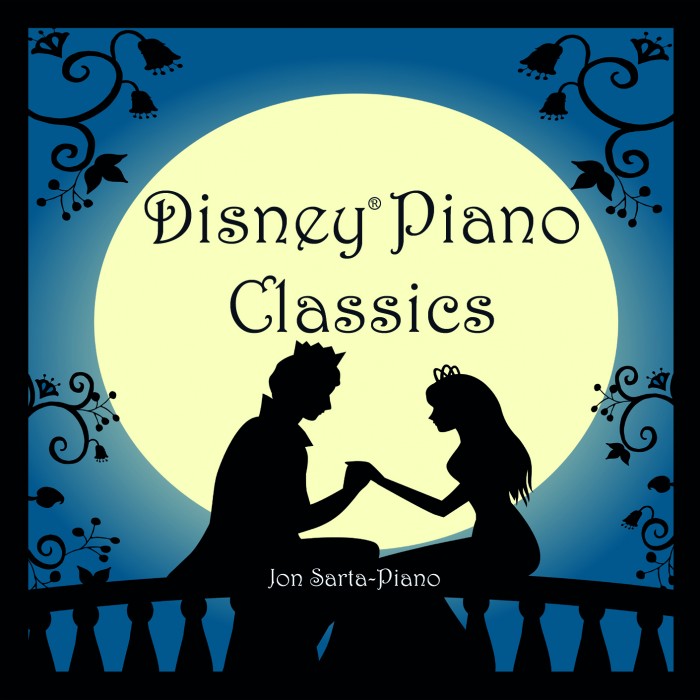