The Player
Jon Sarta has been playing Boogie Woogie and the blues since he was 12 years old. Inspired by his father’s extensive collection of Albert Ammons, Pete Johnson, Meade Lux Lewis and Jimmy Yancey’s original LP’s, he developed a unique style based on all the above plus Classical Music, 50’s rock and roll, and classic rock of the 70’s and 80’s. After graduating from Farleigh Dickenson University (Music) in New Jersey and post grad work at Berklee College of Music, he moved to Orlando Florida. Jon has been associated with Walt Disney World for the past 20 years as an on call musician and currently plays venues around the park including Casey’s Corner on Main Street USA and the Pedaling Piano at the Disney Boardwalk (videos available on Youtube and the MLJ Music Website). Previous positions include 2 years as church musician at New Jacob’s Chapel Missionary Baptist Church in Clermont, FL on the Hammond organ and piano, playing traditional spirituals and contemporary gospel music. He is currently Director of Music and Liturgy at Resurrection Catholic Church in Winter Garden, FL, bringing a touch of blues, gospel and boogie to the liturgy along with the traditional Organ hymns.

The Album
Rock-A-Boogie is a collection of Boogie, Blues and other fun stuff developed playing in front of crowds at the Boardwalk and on Main Street USA at Disney World. Containing mostly straight ahead original Boogie Woogie and Blues, the songs are simple, melodic and rhythmically powerful. One cover “Sentimental Boogie” is a boogie version of Sentimental Journey. A couple of fun pieces are also included. “Mary liked to Boogie Woogie” and “Twinkle, Twinkle, Little Boogie” are based on Mary Had a Little Lamb and Twinkle, Twinkle Little Star, both frequent request of children on the boardwalk and Main Street. They were developed mostly on the bike piano, the goal being to put smiles on the faces of the wonderful children who listen so intently. Both places are a great environment to learn how to be fast on your feet and react to a crowd, because if you are not entertaining, they leave!! It is a different approach piano playing and one I am grateful to experience. It has made me a better player.
The last song on the CD is “Rockabilly”. I originally wrote it about 10 years ago and sequenced it with a drum machine. Had the drums re-cut by a real drummer and cleaned up the original piano track. I intended to redo it with a real piano but I could not get the same feel, so the original track was kept. Added some B4 Hammond Organ and redid the vocal track. It was a lot of fun to make. 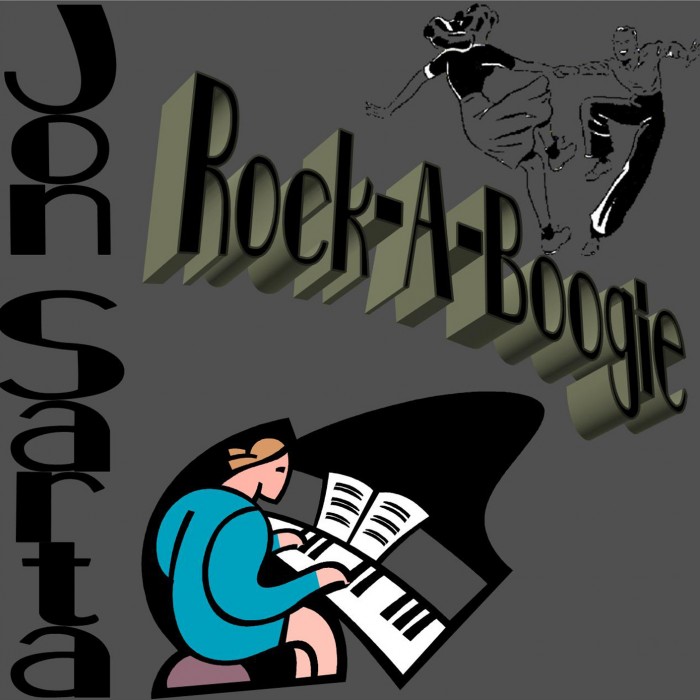